In 2013 the Planet Drum Foundation was chosen by RBG to support their efforts to restore dry tropical forest in Bahia de Caraquez, Ecuador. In 1997-98, Bahia de Caraquez (shown below in green) was devastated by El Niño rains followed by a 7.2 earthquake which caused massive devastating mudslides and the death of 16 people. 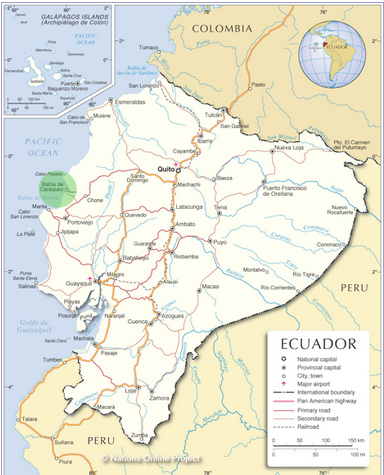 For the past 14 years, Planet Drum has been working year-round to completely revegetate this area of erosion-prone land using only native plant species. Planet Drum’s process has proven very successful-despite heavy rains there have been no massive mudslides in Bahia since they began restoring the area in 1999. The effort is also producing a”wild corridor,” providing habitat for wildlife.

Through their work to re-vegetate damaged areas, Planet Drum has developed techniques for constructing a greenhouse and maintaining a healthy nursery. They pass on these techniques to local communities through workshops and educational programs with school groups. They also do this through a 24-page manual that they developed for the purpose of teaching these skills, which can also be utilized for sustainable livelihood opportunities.

With funds provided by Rainforest Biodiversity Group, Planet Drum will expand its production of native trees so that within ten years they will have produced and assisted in the planting of over 200,000 native trees re-vegetating an area of well over 600 hectares!

We look forward to keeping you up-to-date on the progress of Planet Drum. 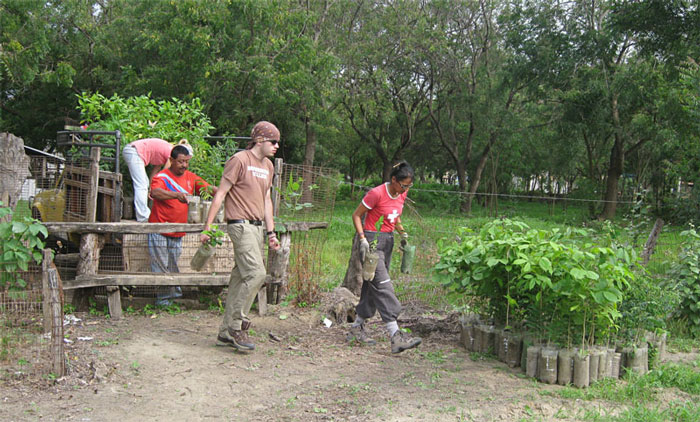